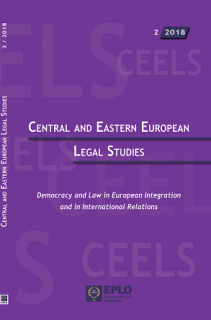 The first paper maintains that in order to understand the crisis faced by the Western system of liberal democracy, which is a mixed system - democratic and liberal -, its two elements should not be confused. Thus, it reflects upon the mechanisms that would allow to revitalize democracy, in particular the tools of participatory democracy and the referendum.

The following paper discusses the possibility of rejuvenating EU decision-making through introducing a new parliamentary form of children’s and young citizens’ participation. It concludes by arguing for a European Youth Parliament, also responding to two possible objections.

The third paper deals with the democratization of the European Union through the participation of national parliaments in its governance. It considers it necessary to examine how the EU was assuring the basic support of the system until the Treaty of Lisbon and why the the intensive multilevel crisis we are experiencing, revealed its institutional and political restrictions. At the same time it tries to answer the question why the strengthening of the national parliaments and the European Parliament are uncompromised processes. In fact, their cooperation is a fundamental tool for an entirely legitimized European Union.

Translating democracy in the United Nations and especially the Security Council, by analyzing the inherent weak points and problems of the system, is the aim of the next paper, which skims through the correlation between democracy, legitimacy and effectiveness.

The fifth paper explains tendencies and common patterns in the implementation and interpretation of language rights in light of the case-law of the ECtHR and the CJEU. It maintains that the European jurisprudence reveals an almost exclusive focus on the instrumental function of language instead of its intrinsic value for both persons and societies and that both courts have been reluctant to interfere with the language policies of States or they have mostly relied on the neutral principle of non-discrimination. It thus concludes by urging for a better and stronger protection of language rights.

The next paper deals with the question of whether there is more cooperation or competition between the four state-based human rights institutions in the Slovak Republic. The author looks at the phenomenon through the lenses of the game theory and its assumptions deriving from reality. He moreover specifies the theory based on the Nash equilibrium of non-benefit strategies of the players.

Last but not least, the next paper uses the examples of the Hungarian Codes of Criminal Procedure and the case-law of the Constitutional Court of Hungary to show some of the different interpretations of the principle of legality regarding its addressee and substance. Particular attention is given to the strong statutory connection of the principle of legality and the ex officio principle in Hungarian criminal procedure. The paper proposes a new systematic approach, which takes all prior opinions into account.

Preface by H.E. Minister L. Trócsányi and A. Szalai [IN ENGLISH]

B. Mathieu, Crisis of Democracy and European Construction - Introductory Remarks [IN FRENCH]

M. Könczöl, How to Rejuvenate European Decision-making? [IN ENGLISH]

D. G. Skoula, The Necessity of National Parliaments in the EU’s Democratization [IN ENGLISH]

A. Hárs, Democratic Tendencies in the United Nations Security Council? [IN ENGLISH]

E. Csudai, Are the Four Human Rights Institutions in Slovakia Cooperating or Competing? An Application of the Nash Equilibrium in the Human Rights Area [IN ENGLISH]

A. Lichtenstein, Rethinking the Principles of Legality and Officiality in Criminal Procedure [IN ENGLISH]

Preface: Democracy and Law in European Integration and in International Relations by H.E. Minister L. Trócsányi and A. Szalai

Preface: Democracy and Law in European Integration and in International Relations by Prof. S. Flogaitis

How to Rejuvenate European Decision-making?

The Necessity of National Parliaments in the EU’s Democratization

Language Rights as a sine qua non of Democracy - A Comparative Overview of the Jurisprudence of the European Court of Human Rights and the Court of...

Are the Four Human Rights Institutions in Slovakia Cooperating or Competing? An Application of the Nash Equilibrium in the Human Rights Area

Rethinking the Principles of Legality and Officiality in Criminal Procedure