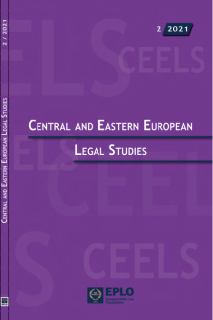 The article discusses the limiting principle of criminalization - the harm principle and its importance for liberal criminal law. A significant limitation of the purview of criminal law is that the act should not be criminalized for its immorality. Under the influence of this guiding principle, several “moral offenses” were removed from the crime catalog (e.g. incest, adultery). Yet in all jurisdictions, even the most liberal criminal laws (e.g. Switzerland) still suffer from the effects of morality, which is why reasoning on the harm principle does not lose its relevance. The article briefly reviews the origin and development of the harm principle, its scientific interpretations, after which the article provides a broader definition of harm, at the same time, the concepts are understood in the dynamics with the change of time and modern challenges, thus the author deviates from the conservative understanding of the concept of harm, that is, that it should only protect human values. The practical application of the harm principle has occurred repeatedly in various jurisdictions, including the European Court of Human Rights, although observations have shown that this process is slow and inconsistent. From this point of view, Georgian criminal law is also interesting, which has a vicious experience of the totalitarian regime of the Soviet Union, today it is in the process of liberalization at a slow pace but the lion’s share of the Constitutional Court is particularly concerned with the liberalization of drug crimes, where the effects of the harm principle were highlighted, which gives hope that it will spread so effectively to other moral crimes as well.

* This article is a slightly revised version of the 1st chapter (from the 2nd section) by Tamar Gegelia. In the book: Saba Brachveli / Tamar Gegelia / Teona Gelashvili / Giorgi Meladze, The Limits of the Criminal Law, 2021, Tbilisi, which was published in Georgian with the financial support of the Open Society Georgia Foundation. The article is herein published in English with permission by the Open Society Georgia Foundation.