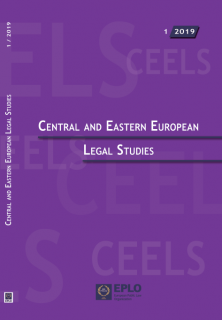 The Freedom of Contract in the Public Sector, with Particular Emphasis on the Polish and German Experience

The Freedom of Contract in the Public Sector,
with Particular Emphasis on the Polish and German Experience

Professor A. Mickiewicz University
(Faculty of Law and Administration, Department of Civil, Commercial and Insurance Law)

PhD., adviser in cross-border municipal projects related to the implementation of public services,
in particular Polish-German; collaborator of the European University Viadrina in Frankfurt (Oder)

This article is a comparative law study of the freedom of contract in the public sector from the point of view of the Polish and German law. According to the authors, this issue has not yet been harmonized at the European level. Even within one country, conflicting views can be found. The authors try to explain what these discrepancies result from. They indicate the complexity of this issue. This complexity manifests itself on the semantic, but also political and legal-dogmatic level. The authors realize how difficult it is to conduct comparative research in this area. So they chose German and Polish law, which in many aspects are similar to each other. The analysis, however, indicates some important differences even within such similar legal systems. The authors conclude that public entities do not have fundamental subjective rights (human rights), which are assigned to private entities. This also applies to the freedom of contract, which is an emanation of human freedom. Even so, when the term “contractual freedom” is used in relation to public entities, it is a different kind of freedom. With regard to public entities, it is more appropriate to speak of a discretionary power or authorization granted by the legislator to make a free assessment of the case. When analyzing this issue, we are dealing with a significant, not fully solved problem. It is necessary to strike a balance between the constitutional principle of legality (the binding of public authority by law) and the need to ensure the necessary freedom and flexibility in the activities of public authority.