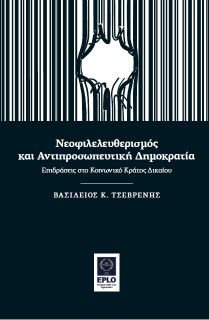 What makes neoliberalism so controversial? To what extent are its critics’ views and beliefs characterized by homogeneity? In an attempt to answer these questions, we will likely end up with one conclusion: neoliberalism is not an undivided ideology. When breaking neoliberalism down one shall encounter two major ideological tendencies being summed up as corporate neoliberalism and market neoliberalism. The difference might not be plain to see, but it pulls the strings of our lives every day.

Neoliberal advocates argue that democracy is served when market rules are followed, equalizing money with votes. Howbeit, two flaws - if not more - are glaring in the previous standpoint. First and foremost, when voting we all have one and only vote at our disposal, whereas this is not the case with financial means. Second, for neoliberalism to be functional, we need to act in a theoretically perfect competition environment. Nevertheless, within the globalized world we have strived to create, perfect competition is far from achieved while oligopolistic competition corners the market. In this respect, it would be justifiable to investigate and challenge the role of governments and political systems in deploring lobbying practices that fan the flames of unfair competition.

Though nobody calls it by its name anymore, neoliberalism and its practices are more relevant than ever and should be subject to criticism and evaluation, seeking not to reject and renounce the ideology in its entirety but to identify and mitigate its weaknesses.

Vasilios Tsevrenis is a lawyer, PhD in Public Law at the Law School of the University of Athens, and an associate at the Scientific Council of the Hellenic Parliament. For his doctoral thesis, as well as his postdoctoral research he was granted a scholarship by the Onassis Foundation. Previously, he was a member of the scientific committee of the Hellenic Parliament Foundation for Parliamentarism and Democracy.

Rival Securities in Europe and Beyond

The Diplomacy of the Mediterranean

Effective Judicial Protection as an Institutional Obligation of the EU Member States. The New Interpretation of Article 19, para. 1, TEU and the...