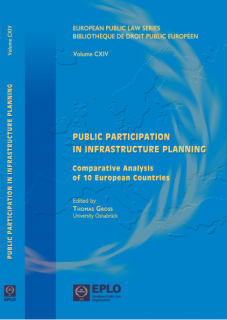 This book provides a collection of national reports covering ten European countries (the six largest Member States of the EU and four other countries with particular legal traditions: Austria, France, Germany, Italy, The Netherlands, Poland, Spain, Sweden, Switzerland, United Kingdom) and a comparative analysis of the similarities and differences in the respective legal orders.

In order to find a compromise between the respect for the national roots of all legal orders and the accessibility of the collected information, the three major languages in the EU, English, German and French were chosen. Therefore only half of the contributors had to write in a foreign language. All national reports include an abstract in English and further references.

Thomas Gross studied law in Tübingen, Geneva and Heidelberg, where he received his doctorate and habilitation. After being professor in Giessen and Frankfurt/Main, he is now professor of public law, European law and comparative law in the European Legal Studies Institute of the University Osnabrück. He is a member of the European Group of Public Law since 1999.